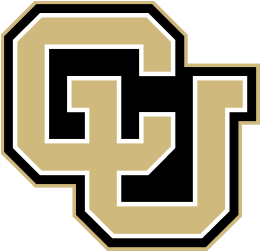 Published and Forthcoming Works
﻿In Search of the Armington Elasticity (with Robert C. Feenstra, Maurice Obstfeld, and Katheryn N. Russ)﻿,
​The Review of Economics and Statistics, 2018
The elasticity of substitution between goods from different countries is important for many questions in international economics, but its magnitude is subject to debate: the "macro" elasticity between home and import goods is often found to be smaller than the "micro" elasticity between foreign sources of imports. We explore estimation techniques for the macro and micro elasticities using both simulated data from a Melitz-style model, and highly disaggregate U.S. production data matched to Harmonized System trade data. We find that in up to one-half of goods there is no significant difference between the macro and micro elasticities, but in the other half of goods the macro elasticity is significantly lower than the micro elasticity, even when they are estimated at the same level of disaggregation.

Global Supply Chains, Firm Scope and Vertical Integration: Evidence from China,
Journal of Economic Geography, 2019
The goal of this paper is to deepen our understanding of the organization of the global value chain by investigating the evolution of processing trade in China from 1997-2013, during which time China entered the WTO and surpassed the U.S. to become the world's largest exporter. This paper utilizes geographic variation in Chinese processing trade and foreign ownership to evaluate the role of value chains in determining the organization of global trade. I provide evidence that the value chain position of intermediates along with the degree of substitutability across stages of the value chain provide incentives for firms to own intermediate good suppliers. Additionally, I find support for the role of firm level heterogeneity in incentivizing vertically integration of the the supply chain.

Intermediate Good Sourcing, Wages and Inequality: From Theory to Evidence [online appendix]
Review of International Economics, forthcoming
The growth of intermediate goods and intra-firm trade makes it crucially important to understand and quantify how these trade flows affect labor. I present a model which investigates the employment and wage consequences of offshoring and outsourcing. I model the decisions regarding outsourcing and offshoring as being driven by labor market frictions. Testing the predictions of my theoretical model, I find evidence that ownership plays an important role in determining the effect of trade on domestic wages and inequality.
Working Papers
The Labor Market Effects of Immigration Enforcement [online appendix] (with Chloe East, Annie Hines Hani Mansour, and Andrea Velasquez)
This paper examines the effects of reducing the supply of low-skilled immigrant workers on the labor market outcomes of domestic workers. We use temporal and geographic variation in the introduction of Secure Communities (SC), a county-based immigration enforcement policy, combined with data over 2005-2014 from the American Community Survey to estimate a difference-in-difference model with geographic and time fixed effects. We find evidence that SC had a negative impact on the employment of low-skilled non-citizen workers, who are likely to be directly affected by the policy. Importantly, we also find that SC negatively impacted the employment of citizens working in middle to high-skill occupations. This is the first paper to provide quasi-experimental evidence on the labor market effects of immigration enforcement policies on citizens across the occupational skill distribution, which is of paramount importance given the current immigration policy debates.

The Rise of Offshoring and the Decline in Labor Market Fluidity
This paper is the first to provide evidence that the rise of offshoring--the sourcing of intermediate goods from abroad--has played a significant role in the observed decline of labor market fluidity within manufacturing industries. Manufacturing industries with greater exposure to reductions in the cost of offshoring, due to the rise of China, have experience larger reductions in fluidity. The role of offshoring is not only statistically but also economically significant, as increased exposure to offshoring explaining nearly 50 percent of the observed decline in job reallocation in manufacturing. In addition to providing the first causal evidence of a link between offshoring and labor market fluidity, I also provide evidence of the mechanism through which intermediate goods trade affects fluidity--by changing the occupational composition of employment within firms. I find that Manufacturing industries that experienced the largest increase in imports of their intermediates also experienced the largest shifts in employment away from both offshorable occupation and away from occupations with high turnover rates.​

Offshoring and Demand for Skills (with Peter Kuhn and Hani Mansour)
Utilizing a novel data set containing the near-universe of online job postings in the U.S. for the period 2007-2015, we investigate how the demand for labor by U.S. firms adjusts to offshoring. Although previous research has documented that offshoring is an important contributor to stagnating middle-class earnings in the U.S. and the polarization of employment, it is unclear through which mechanisms offshoring changes employment and wages, and exactly which skills are made redundant or scarce by offshoring.  Most importantly we will be able to provide answers to the following questions: i) how does offshoring affect the flow of new hires? ii) how does offshoring change the detailed demand for skills –where skills are measured by job titles and qualifications requested in job ads-- and iii) how do the answers to (i) and (ii) vary across industries, firm attributes, locations and the business cycle?
Works in Progress
​
Trade and Innovation, with Nick Bloom, Kyle Handley Ishan Ghosh and Andre Kurmann